Knowing where the line is. 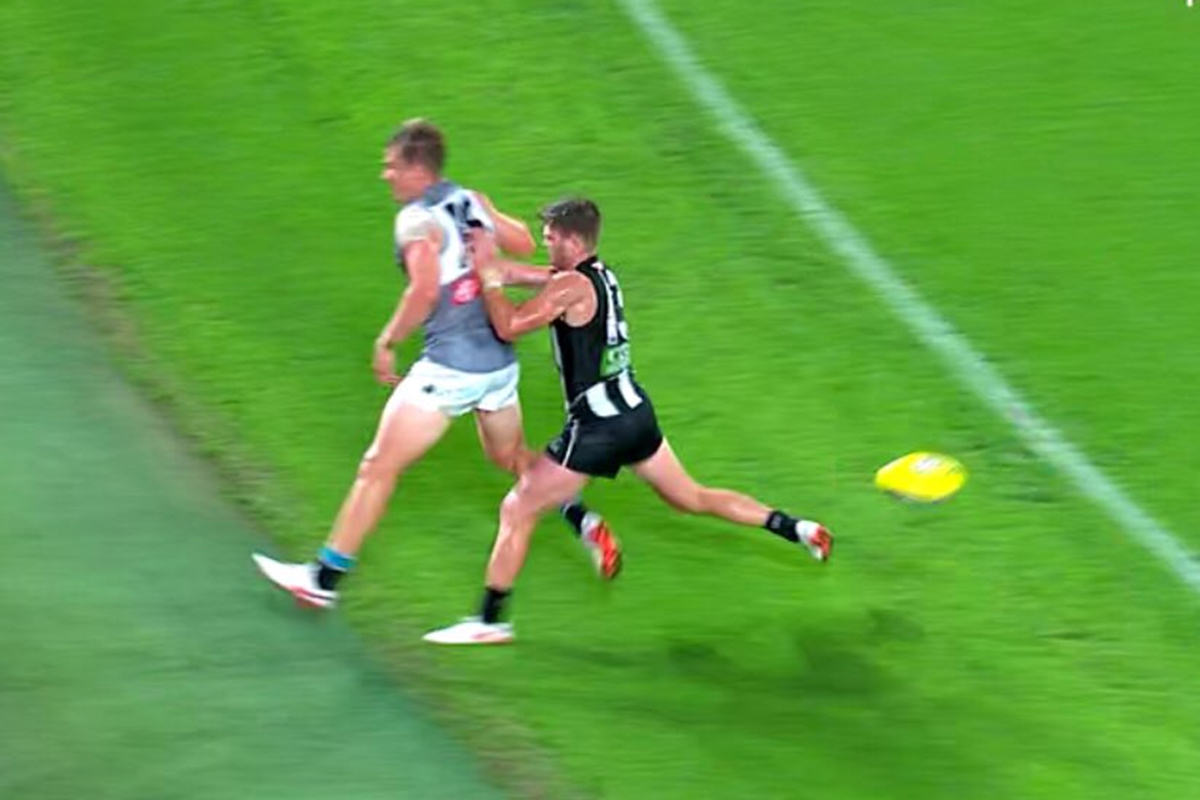 Tonight, the AFL Finals Series begins – but before we descend into the grip on ‘finals fever’ I’d like to take a quick look at the last match of the home and away season between Port Adelaide and Collingwood for an important lesson about schooling.

As a fervent Richmond supporter, I’m genetically predisposed to disliking everything that Collingwood players do.  But today I’m making an exception due to my thorough impress with a young man called Darcy Moore.

As Moore and his opponent, Todd Marshall, sprinted toward both the ball and the boundary line, they were both equally tenacious in their competition.  But in this instance, the boundary line was the winner and the players were unable to keep play going.

Marshall found himself hurtling perilously toward the fence, so desperate was he in chasing the footy.  Slowing down was clearly not something he’d factored in … until it was too late.

Watch what happens next.

You even might need to watch it a couple of times to see the moment of sportsmanship in Moore briefly tugging on Marshall’s arm to slow him down to a safer speed and back into the realms of his own personal control.

What Moore gets is that a line, both literal and philosophical, had been crossed and that his behavioural set for one side of that line is different to the other.  In a just a heartbeat and in the act of immense physical exertion, it’s a display of impressive emotional intelligence and empathy.

By contrast, Moore’s teammate Taylor Adams also found himself crossing that line near an opponent a little later in the match.  Clearly frustrated at his side not performing well, Adams’ choice was to shove his opponent in the back and into the fence – costing him both a free kick and more than a little respect.