The bliss between boredom and failure 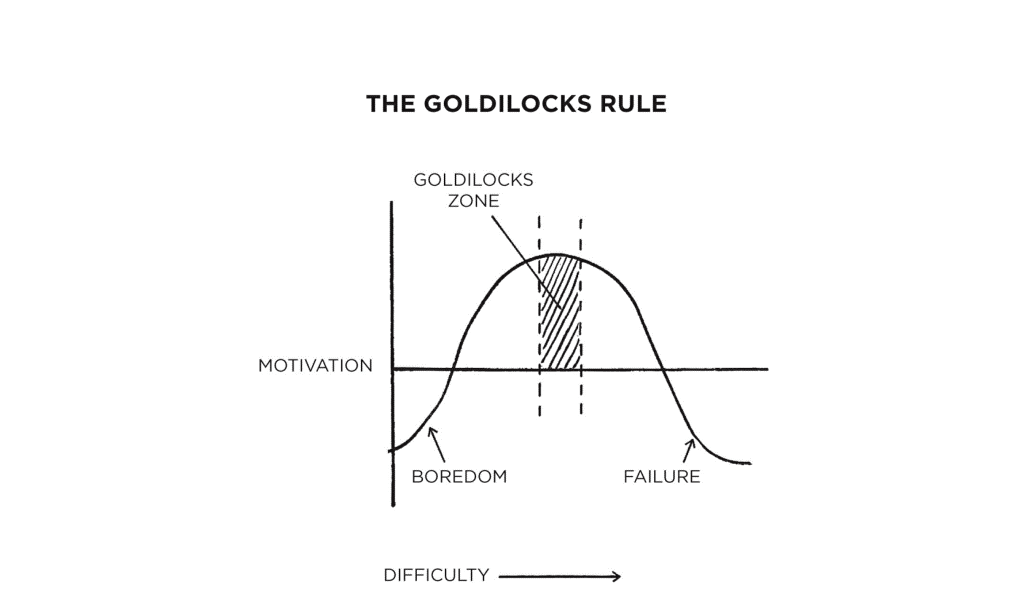 It all began in 1955 when Martin, 10 years old at the time, landed a job selling guide books at Disneyland for 50c apiece.

Within a year, Martin was working in the magic shop, learning tricks from older employees.  He then combined his newly learned tricks with some jokes and tried them out on customers.

As a teenager, Martin took his 5-minute comedy show to small clubs around LA and even performed to an empty room one night.  By 19, Martin had weekly 20-minute sets booked in major clubs.

It took another 10 years of experimenting, adjusting and practicing until he broke through for some TV appearances and by the mid-70s he was a regular on The Tonight Show and Saturday Night Live.

A film and stand-up career in concert halls was the next natural progression.

As Clear points out, it would have been easy for Martin to give up.  Stand-up comedy is a brutal industry and Martin must have thought about chucking it all in occasionally.  But what Martin masters is that he never stayed too long in activity that he’d already mastered and he also never took on ambitions that were clearly beyond him.

Martin’s success is built upon the Goldilocks Rule, where all activity remains motivational because it’s in the window between too hard and too easy.  It’s, if you will, a simpler version of Vygotsky’s Zone of Proximal Development, but it specifically relates to motivation rather than achievement.

And nowhere is the motivation to practice more relevant than in a school.

For students, they learn so much through repetition and refinement that relentlessly pursuing the opportunity for just enough challenge must surely be core business.

For our staff … hmm!  If you are a current or potential School Leader, what’s the evidence in your daily observations that your staff is working in the Goldilocks Zone between boredom and failure?

Are there staff growing jaded, bored and even bitter by being compelled to do things they’ve already been doing for years?  Is their motivation being sapped by a lack of challenge?

Or are there staff in your school overwhelmed by the challenges and demoralized by their own inability to meet them?  Are there people who need their load lightened or the expectations of them shaved down just a smidge?

In tackling motivation in your school it might be time to think of it as porridge.  Is it too hot, too cold … or juuuuuust right?

Restorative Practices, done right, has proven to be the key to improving Student-Teacher relationships, driving up engagement, building a respectful culture and enhancing teacher effectiveness. And here’s the kicker – it’s fantastic for reducing Teacher Stress too.

One day is all it takes to transform your instructional model, your relational focus and your classroom climate.  It’s really a no-brainer!

Teacher stress is caused by the absence of a plan for improvement in student behaviour. This day is about building that plan.